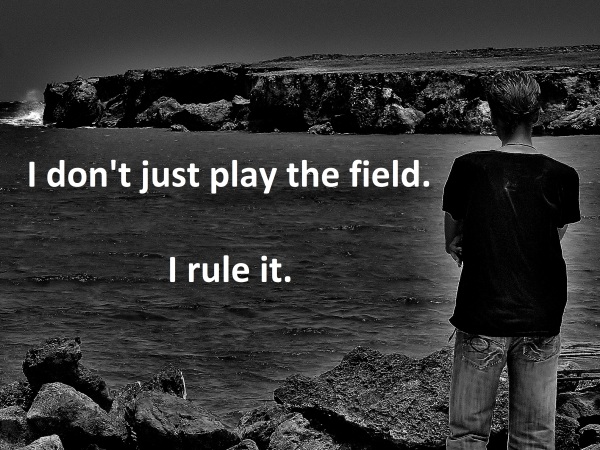 When I lived in Suriname, South America I wasn’t the only white Guy in town.

I befriended a Guy who was like me in many ways: He was a hunter, attracted to Latinos as I was, he made sure sex played an important role in his life, he used sex to cope with his insecurity, he was educated, around my age and enjoyed the perks of being white.

One night the two of us found ourselves on a somewhat discouragingly empty dance floor in our country’s only gay nightclub. He asked me to point to a Guy I considered attractive. We had met each other only recently and were curious for each other’s taste. And of course we wanted to know whether we would be playing the field as colleagues or as competitors.

After pointing at some Asian I asked my newfound friend who he considered a good catch. He pointed at Guy #10. Guy #10 and I had done each other a few years prior.
“I’ve done him,” I bragged. It absolutely thrilled me to be able to say I already had sex with the Guy my white companion singled out.
I could see the twinkle in my friend’s eyes. It meant he was now officially out to conquer Guy #10 as I had, because I had. I decided to let him.
“Do you want me to introduce you two?” I asked.
My friend gladly accepted my offer, so I stepped up to Guy #10 and told him I had a friend who wanted him. Guy #10 was happy to see me again and even happier to find out my friend was the other white Guy.

I didn’t throw Guy #10 in the arms of my white friend because I’m such a nice person. While I was fine with him going over goods I’d damaged years before, I wanted my friend to see how skilled I was at catching prey.

Divide and conquer. That’s basically what I did that night. I gave a buddy some leftover Guy from a few years back and then proceeded to conquer Guy #89 right in front of him.

I was marking my territory.

I have this intense look that works really well on insecure 20 year olds, so I went with that. Within minutes, Guy #89 and I were all over each other’s faces. From the corner of my eyes I could see the admiration on my friend’s white face. If this was the jungle, I was Shere Khan.

I don’t know where Guy #10 and his second white friend ended up that night, but from what I understood they’ve had some good times together. Guy #89 and I ended up in my car, on the parking lot. We continued kissing and meddled with each other’s genitals for good measure, but by this time I wasn’t into it anymore. My audience had left the scene. Guy #89, still impressed from the look I’d given him before, was starting to irritate me. Making out on a parking lot with a stranger doesn’t really do it for me.

I guess Guy #89 became dispensable the moment I was the only white Guy again. We never made it off the parking lot. Not together at least.

Still I went home feeling satisfied. I was fine living in a small country with a small gay scene. I was also fine not being the only white Guy in that scene. Our country was big enough for two delicacies.

I never spoke to Guy #89 again, but my friendship with the white one lasts to this day. I even arranged him a date with Guy #16 once.

I guess I don’t just play the field. I aim to rule it.