I like sex to be a game of give and take. I want to want and be wanted, love and be loved, take and be taken.

As such, I don’t really have a thing for Guys that are either very dominant or extremely passive. I prefer my Guys to be versatile in each and every sense of the word.

Being with someone who gives himself completely bores me pretty quickly:
I listen to pretentious new age music, I like cooking, I cried when I saw Titanic the first four times. There’s no way I can dominate someone all the time. I have a very distinct feminine side that under influence of drugs can be like a princess locked away in a castle with no one to do it with except a dragon.

Being with someone who takes complete ownership of me tends to yield even worse results:
I can get off on rap or hard rock, I will destroy you if you’re in my space while I’m cooking and I still laugh about that Guy who jumped off the sinking ship and hit a propeller halfway down. I’m definitely a man, someone who will slay a dragon if it means I get laid.

Guy #101 was as gorgeous as he was dominant.

He was so dominant I had trouble liking him at first, even though he was in fact a very likeable person. He had a very strong opinion about every topic we discussed, but he made me feel like I would have to be stupid not to agree with him. My nuances weren’t given much attention.

Our date transpired at my place. Guy #101 had brought two bottles of wine for our kitchen table conversation. We were already halfway through the second bottle when he started showing videos of him having sex with his boyfriend, who of course was totally okay with him using their sex life as a means to induce foreplay with other Guys.

It’s probably what Guy #101 felt as well. We kissed and quickly went on to undressing each other. That’s where the conflict started. Guy #101 pushed my hands away when I tried to sensually unbutton his blouse. Instead he pulled my T-shirt up over my head, forcing me to either take it off completely or go blind for the rest of our date. As I rid myself of my shirt I saw that Guy #101 had unzipped his pants. I tried once more to take out his blouse, but once again my hands were pushed back. Instead he grabbed my head and pushed it down so hard I was afraid of having suffered a whiplash injury.

It was clear Guy #101 required oral sex. While we both aimed for that scenario, Guy #101 dismissed the scenic route as he had all my opinions. It had a certain kind of inequality about it that didn’t sit right with me. Just because I’m part princess doesn’t mean I’m not a feminist. 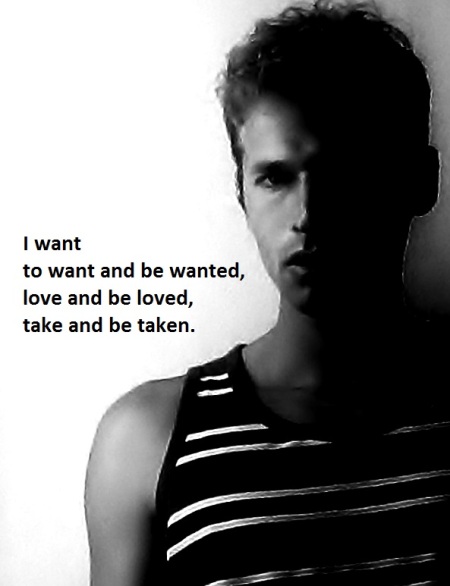 I like it when sex is a fight, but I don’t want it to be like Gladiator. Guy #101 was the kind of Guy that would get his opponent naked on his knees in front of him facing nothing but his huge sword and yell Are you not entertained?

Aggressive and willing as he was, Guy #101 did not make me feel desired, or entertained for that matter.

Additionally, what little coordination I was granted was hampered greatly by the alcohol in my system.

Guy #101 gave me a friendly smile as he zipped his pants back up. His sword would remain hidden for the remainder of the evening and all eternity.

We saw each other on a few other occasions, but always as friends. It allowed me to get to know his friendly side.

The strange thing is I was sorry the fight had stopped. I guess my inner princess got off on the idea of cooking Maximus a nice meal and making sweet tender love to him, while Maximus had pictured slaying a princess.