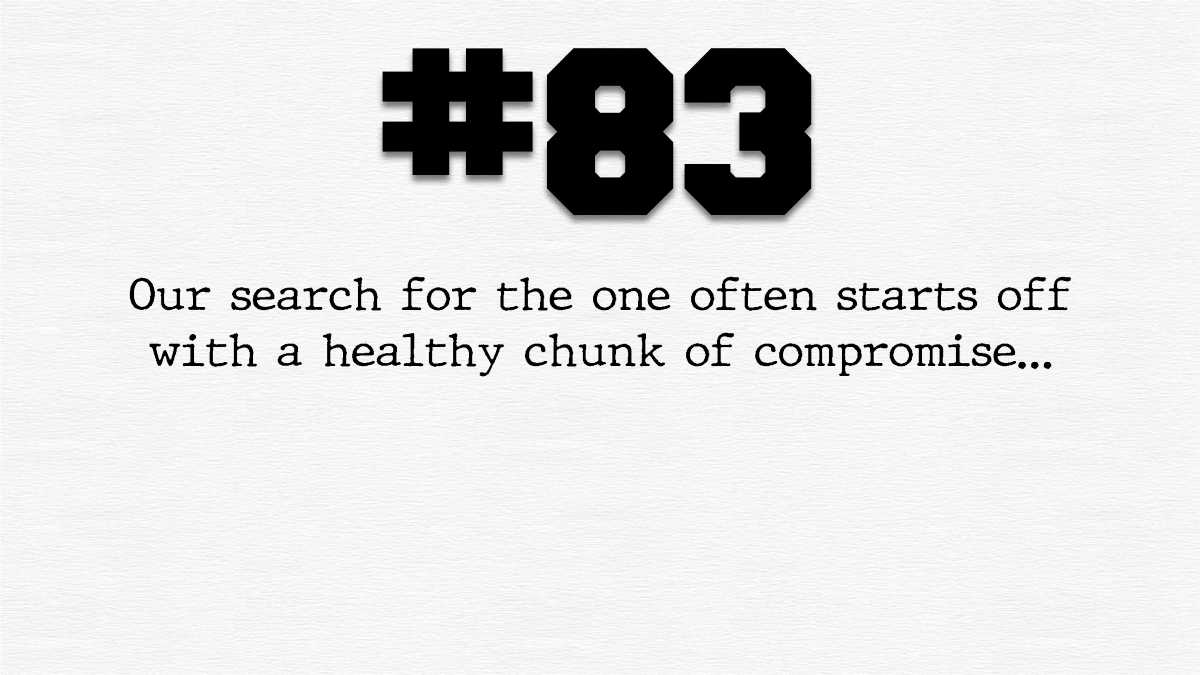 People go on dating sites because it gives them hope.
Each time you receive a message from a stranger there’s that quiet sparkle of anticipation that this time, yes maybe this time, you have been contacted by a gorgeous, funny and smart underwear model who has seen the inner beauty radiate from your mirror selfies.

Of course most messages we receive on dating sites are a bit of a letdown. Our search for the one often starts off with a healthy chunk of compromise.

Guy #83 was clearly no underwear model. Nothing from his profile indicated that he had any sense of humor. And his message simply read Hi how are you (I get turned off by Guys who don’t have the decency to end such a simple sentence with a question mark.)

On the other hand, Guy #83 turned out to be a doctor. I figured it couldn’t hurt to be on good terms with a doctor, plus I assumed his degree was indicative of some brain power on his end.

Compromise is a powerful trait, one humanity should pride itself for.
It also led to Hitler ass raping Czechoslovakia overnight.

At some point compromise goes from being a virtue to being the pussy’s weapon of choice.

I’m not sure at what point I became a pussy with Guy #83, but I do know I felt invaded like an Eastern European country after I spent the night with him.

Unlike Hitler, there was nothing very wrong with Guy #83. He was just intolerably boring. I very much enjoyed his awesome 24th floor penthouse, his cooking skills and his designer pillows, but I couldn’t help but feel empty in his presence. 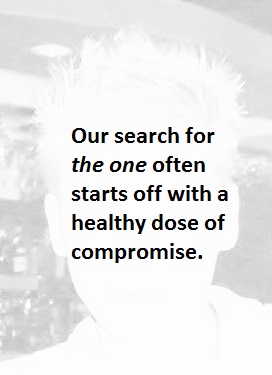 Guy #83 wasn’t unattractive, the food had been great and I was too lazy to go out in the cold, so I had sex with him and slept on his designer pillows.
I did not sleep well.
Guy #83 snored. Call me shallow, but people that snore ought to sleep in isolation. Or be put down.

Few things are quite as agonizing as trying to catch sleep lying next to a snoring hump of human.
I kicked Guy #83, I pushed him around, I went to the bathroom to flush his toilet as loudly as I could. Nothing helped.

People generally think of me as a nice person. In reality there’s a sadistic Nazi living in my brain. It wakes up when others deny me the pleasure of sleep.
Lying next to Guy #83 I pictured him being arrested by German men in uniforms and taken away to a camp for people that snore.
Yes, I know how that sounds, but when your entire existence is someone else’s snoring you can’t help but think the world would be a better place without it. After a few hours of someone else’s perpetual noise making you don’t think about rejecting someone. Rather, you want to cleanse them.

I felt nothing but resentment when Guy #83 curled up against me next morning. Tired from coughing up ways to kill him and get rid of the body, I wanted to sleep, not cuddle.

After my date with Guy #83 I did what any hero of the revolution would do: I ghosted him.
I did not respond to text messages, email messages and Facebook messages. I just didn’t need a doctor that badly.

A few years later Guy #83 suddenly popped up on Grindr, saying Hi how are you. I ignored him initially, but he persisted, asking if there was anything he had done. I finally replied by saying I didn’t feel any connection between the two of us.
Ok he said.

And so ended my relationship with Guy #83.