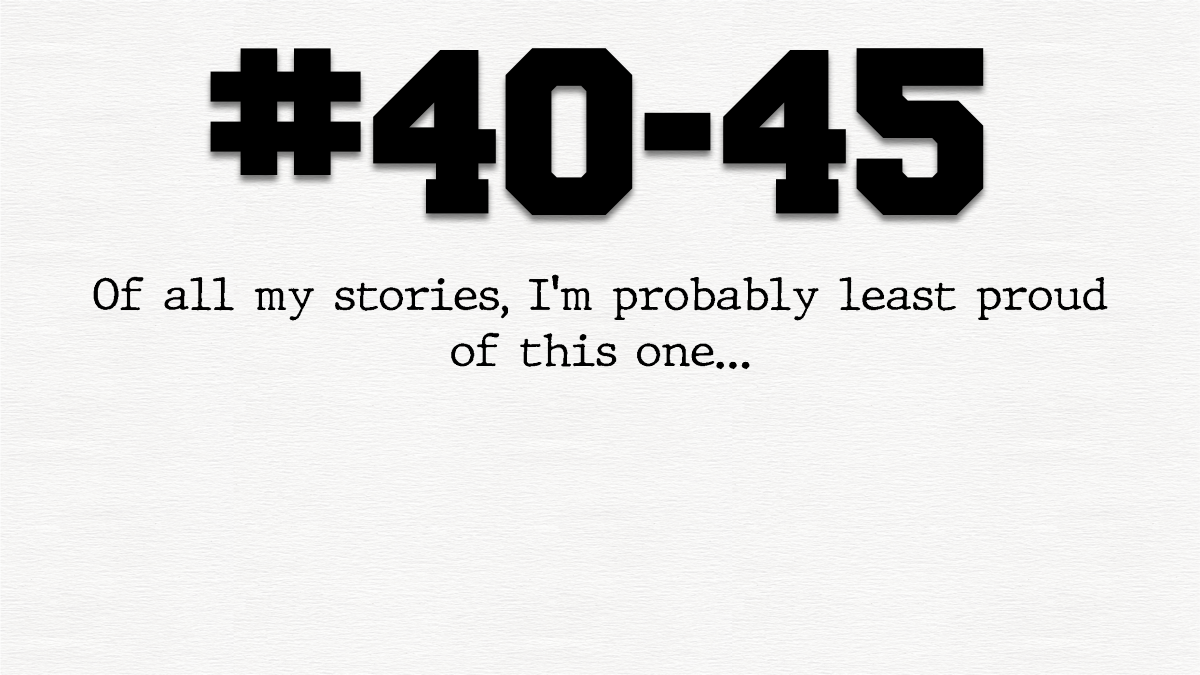 Explorers are never in it for the destination.

Think about it. Neil Armstrong didn’t fly to the moon because it’s such a great place. Destinationwise, the moon is the last place anyone wants to end up.

It’s the same with parts of my sex life. For a while I was in it for the journey and not so much the destination.

The sauna’s owner had even made flyers for the occasion. Me and my whorish attitude were now being advertized in Toronto’s gay district. It was weird seeing my naked self on a flyer.

Of all my stories, I’m probably least proud of this one.

Lying naked in front of dozens of strange men who are also naked felt like being Neil Armstrong on the moon, without a space suit. Not the best destination.

As I was pretending to be aroused, I was wondering if a job in the sex industry would make me feel like I was floating in space naked. The emptiness of it all…

On the other hand, some of the guys that came by were not all that unattractive. In fact, the cute ones were allowed to do a little more than just watching. They would go down in history as Guys #40, #41, #42, #43, #44 and #45. Well, if I’m being honest Guy #40 was kind of cute. I allowed him to become a part of my performance. The other five Guys followed suit. They’re the reason I’m not so proud of this.

It’s difficult to strike a balance between inducing arousal and keeping people at a desired distance. I definitely succeeded in making Guys #41 through #45 aroused enough to cross the distance I wanted to keep them at.
A spacesuit would have made me feel better.

Still, while the moon is a desolate and lifeless rock it’s worth checking out. I was glad I did.

And after I was done performing me and Guy #40 did have a nice conversation in a whirlpool. I had landed back on Earth, where naked wasn’t so bad anymore.

When the owner gave me my check he complimented me on my performance. I had made people smile, or so I was told.

I’m okay with having the one memory of performing my sexuality in front of a live audience. It was another experience I was glad for having. I was also glad for not having to do it twice.

It’s not like Neil Armstrong ever went back to the moon.

LENGTH: One performance
FORMAT: Pretending arousal in exchange for money
SEX SCORE (0 = Sex that makes you want to wear a spacesuit <–> 10 = The best sex ever): 0.5