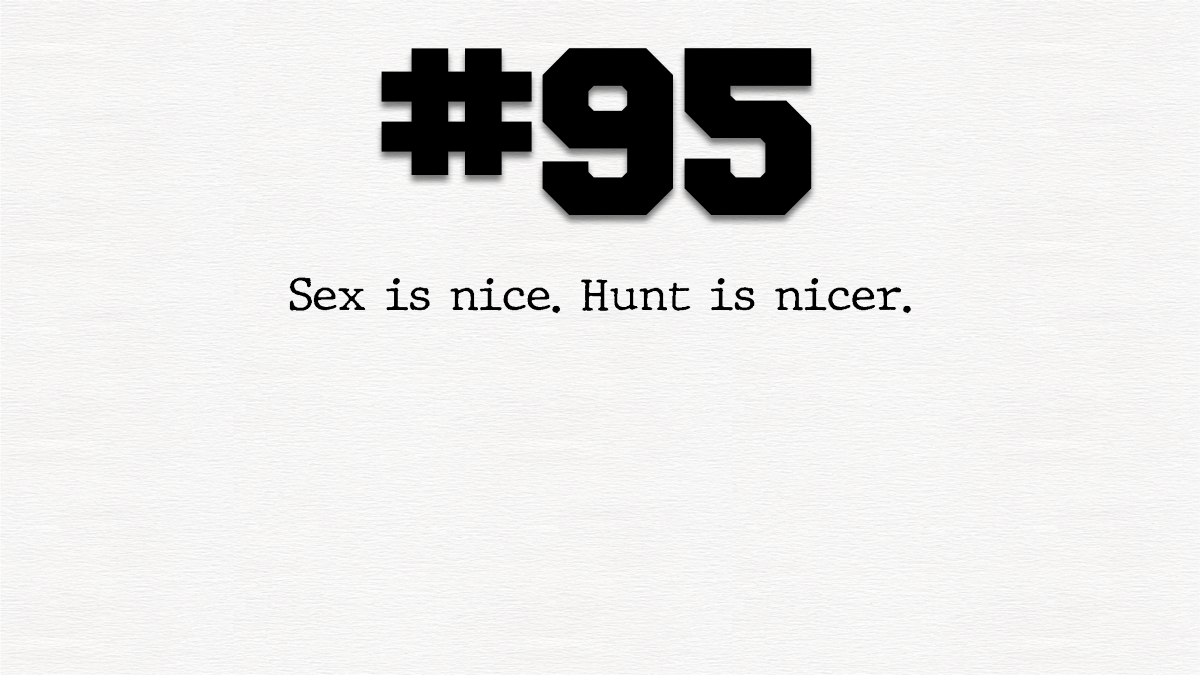 Open relationships are quite common among gays. The reason is simple: Sex is nice, but the hunt is nicer.

Guy #95 possessed an insatiable libido. Added to that, he was cute, charming and even somewhat smart.

In short, our date was pretty awesome. Even though it was just about sex it didn’t feel shallow. In many ways Guy #95 was the complete opposite of his boyfriend, the rather depressing Guy #94.

Guy #94, who had moodkilled his way through my sheets a few days prior, was depressed because he had to settle for someone that enjoyed hunting other Guys. Guy #94 was in it for the intimacy, which he failed to find in me. Guy #95 was in it for the hunt.

Here’s the thing with hunters like Guy #95: They enjoy the hunt more than their prey. They’re like fishermen who throw their catch back in the water after reeling it in. Humane, sure, but fairly pointless. 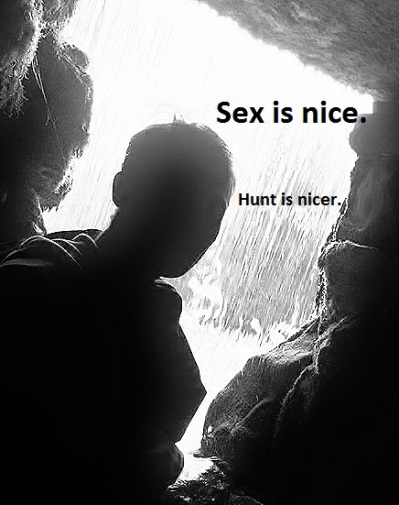 I enjoy the hunt and the intimacy. Maybe I never met the right people, but most Guys seem to enjoy either. The end result for me can be unrewarding, perhaps even lonely sometimes.

Whenever I strike good sex with someone I expect the other person to want more of it, just like I do. It therefore came as a surprise when Guy #95 stopped showing any enthusiasm after our first and only date. Our gay community was a small one, so we ran into each other regularly. He was always happy to see me and to exchange pleasantries. However, any attempts at getting him back in my bed were disappointing like an M. Night Shyamalan movie, each effort being worse than the previous one, despite an excellent first try.

When the two of us had sex we were both rather ecstatic about it, but for different reasons: Guy #95 celebrated his catch, I celebrated a connection. We had been allies instead of lovers.

Somehow Guy #95 left me with a taste of his boyfriend’s sadness, on par with that time I saw After Earth.