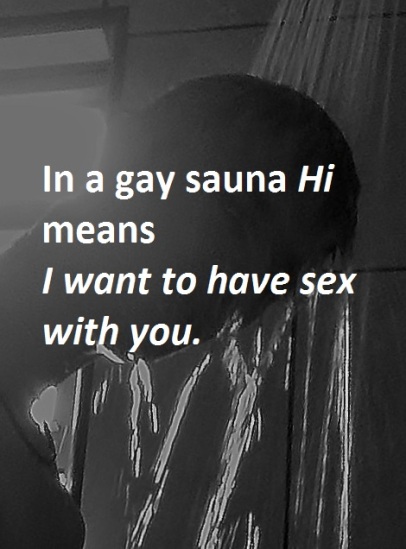 We didn’t speak much afterwards. Which makes telling the story of me and Guy #82 a bit difficult. There’s not much to tell.

Sometimes you just have sex with a random stranger you run into. I believe Guy #82 was quite an easy catch, not the most spectacular one but rewarding nonetheless.
I still have no idea what language he spoke.
To me he was just another brick in my list, another number to add to my Excel sheet that powers this blog.

My mother would sometimes carefully initiate a conversation about my love life. It always made me uncomfortable. Actually, I was uncomfortable talking about all private matters with my mother, whether they were about sex or not.

I think it’s in our nature to do stuff we don’t tell our parents about. My mother often said how happy it would make her if I were to be happy with someone. Of all the Guys I did, Guy #81 was the first one I ever told my mother about. Whenever my mother inquired about my love life I kept it vague, saying I hadn’t met anyone special yet, or that I wasn’t really looking. I certainly didn’t tell her about Guy #82.
I knew my mother would not disapprove of me having sex with strangers, but she would ask me if it was truly making me happy, if perhaps I was worth a little more than Fast Food Sushi.

Sometimes I wonder how much mothers know of what goes on in the gay scene, and how much we want them to know. My mother hadn’t exactly raised me to be the predatory top Fast Food Sushi came to know and love so very very briefly, nor did I envision myself growing old consuming Fast Food Sushis for the rest of my life.

I wanted love as much as my mother wanted it for me, but it would seem she was less afraid of it.

Fast Food Sushi, like so many of the Guys I ever had sex with, represented my youth. He embodied the idea that I was youthful enough to conquer any Guy I wanted. Guy #82 made me feel pretty for a short while.
Of course talking about him with my mother would be the equivalent of telling her I didn’t feel pretty most of the time and that I did Guys to rid me of that feeling, 82 Guys and counting. It’s never been in my nature to burden my mother with my insecurities.

Rather, I shoved my burden in Fast Food Sushi. It’s what he asked of me when he said Hi.