Why do gay saunas have to be so dark?

Dimly lit hallways, faint beams of light at waist level, the air of horniness interwoven with the smell of poppers… It’s the perfect environment to show off one’s gym hours without having to truly reveal one’s self. In other words: Darkness carries both truth and lies further than light tends to.

Gay saunas are places people go to hide as much as they go to hunt. I suppose darkness facilitates both.
I for one go to gay saunas because I like to shine. Sure I aim to find someone porkable, but beneath that is a Guy who just wants to feel loved, something I believe is true for anyone who has pork on the menu. Wanting to shine is just my narcissistic translation for wanting to be loved.

Even though I am insecure about my looks as any pig would be, I know I’m generally considered attractive. The main reason Guys keep their distance is because they’re shy. Being shy myself, I pretend not to look at other people as much as people pretend not to look at me.
Darkness is a contributing factor in all of that and if I’m being completely honest, darkness is where I too shine the most, unhampered by the hassle of facial contact that often lies on the road to getting laid.

Still, if it were up to me I would prefer to meet people where I can see them.

I first saw Guy #146 as he entered the steam cabin I was just leaving. The very definition of cruising dictates one doesn’t make any sudden course adjustments. When you cruise, you cruise, always acting as if you have a destination to be at. Even though Guy #146 and I first saw each other going in opposite directions, me turning around and following him would have been too desperate. Even in a place where it’s just about sex, desire is best expressed in subtleties.

Guy #146 being hot looking in every sense of the word I positioned myself in a sauna that came with a view to the steam room my prey had just entered. There I sat, quietly waiting as one does at a bus stop, until Guy #146 left his steamy quarters. From there he disappeared into a dark alley full of hunters such as myself.

I went in pursuit.

‘Pursuit’ in this case meant navigating myself through a handful of crotch grabbing elderly men as quickly and quietly as I could, until I got Guy #146 in my sight again. My walking speed being well above the cruising limit I knew my intentions were now out in the open. If I wanted a chance with this Guy, I would have to sell my quick pace as an act of assertion, so I did. I stumbled toward Guy #146 and gently caressed his shoulder, not exactly a move befitting the top I wanted to be, but in that moment I was happy enough to have overcome my shyness.

My approach felt clumsier and more out of place than a 747 landing on an aircraft carrier. Assertive, sure, but far from gracious. As such, it came as a surprise Guy #146 replied to my improvisational assertiveness by grabbing my balls and kissing me. Having trouble believing my luck I immediately followed suit by pushing Guy #146 toward the nearest available cabin, kissing him all the way. 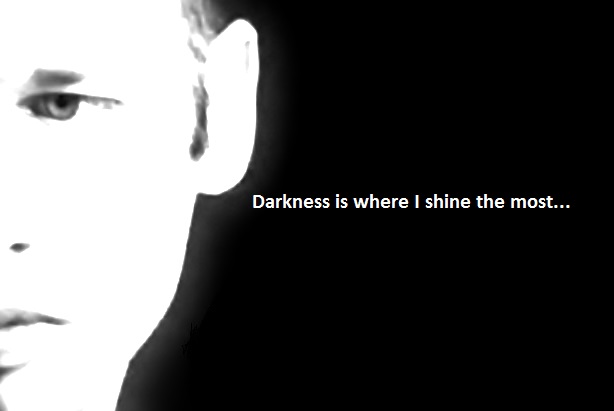 It wasn’t until Guy #146 and I had removed our towels and were lying next to each other on a sweaty mattress that I discovered Guy #146 had chest hair, something he didn’t have a few minutes before at that steam room. It took me about two seconds to do the math: The Guy I was sharing a cabin with was not Guy #146. I mean, technically this was the 146th Guy I was having sex with, but not my intended target.

I had accidentally captured the wrong Guy. Somewhere in my pursuit the Guy I was chasing had eloped me, only to be replaced by someone whose hairdo, body, length and posture seemed similar in what little light we were granted.

Which begs the question: Why do gay saunas have to be so dark?

It’s the question that went through my mind as I halfheartedly had sex with Guy #146. Even though this Guy was nowhere near as cute the one I’d been chasing, I remember him being a good enough kisser. That at least made up for some of his chest hair.

However, I couldn’t shake the feeling of having failed, probably because that’s exactly what I had done as far as the hunt was concerned. Guy #146 and I ended up spending no more than five minutes together. Falling comfortably within the realm of courtesy in a gay sauna, I simply stopped having sex and left Guy #146 alone in his cabin, telling him I needed to be in a brighter place.

The day I accidentally fooled around with Guy #146 would mark the last time I exceeded the cruising speed limit. I also picked up the habit of checking out Guys at the bar before chasing them through dark corridors filled with the scent of poor judgment.

I guess darkness is part of the compromise inherent to the concept of a gay sauna. It’s a place where the things we don’t reveal about ourselves carry as much weight as the wrinkles that do show. I’d be lying if I said the darkness doesn’t make me feel safe and secure.

The cute Guy I had my eyes on at first? I ran into him later that night, as I sat down in a whirlpool, inches away from his personal space. I made a move, but my hand was shoved back the way it came.

That’s another thing. Rejection is very bearable under the cover of darkness. I look for darkness to shine, and when I don’t, when I turn dark inside, there’s no one to witness it.